Two top trials riders Dougie Lampkin and Jack Sheppard were hired to race against each other on an obstacle course for Ant & Dec’s TV show “Red or Black”. With Dougie being a Red Bull sponsored rider, I was hired to shoot shots for them. Talk of a great pics of a huge TV audience inside the massive, purpose-built set, Ant and Dec talking to the riders – that sort of thing. All good so far.

Credentials granted, I arrived at the famous Elstree studios where George Lucas filmed Star Wars, right next to the Big Brother house. Then I was told I could only shoot during rehearsals – so no audience – only from a balcony, and certainly no shots of Ant or Dec or else I’d get thrown out. They were serious, too! Checking my LCD screen to make sure I wasn’t shooting the Geordie duo. You win some, you lose some…

But it was nice to get shots of motorcyclists getting make-up done before they were due to ride. A new experience! 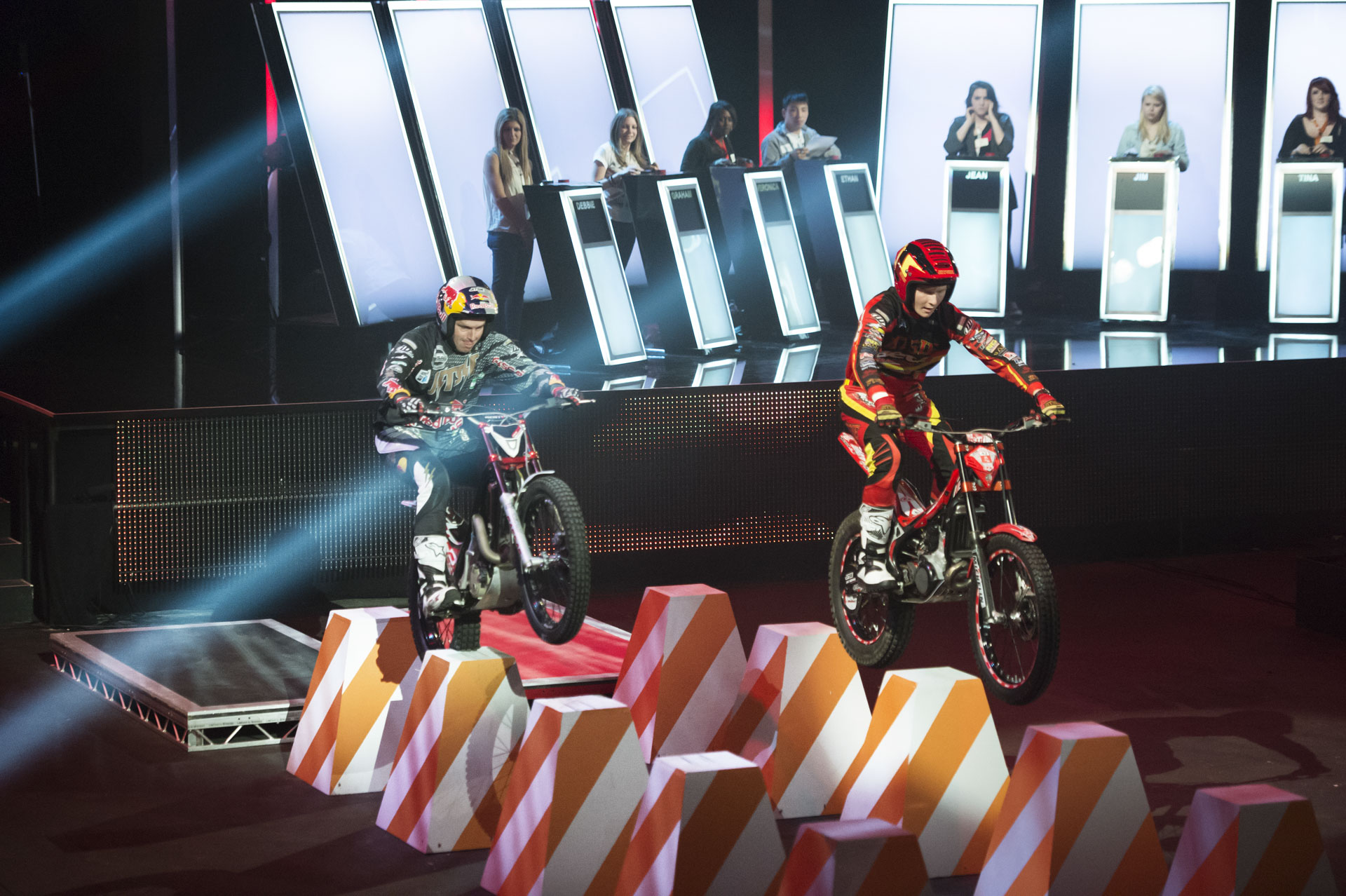 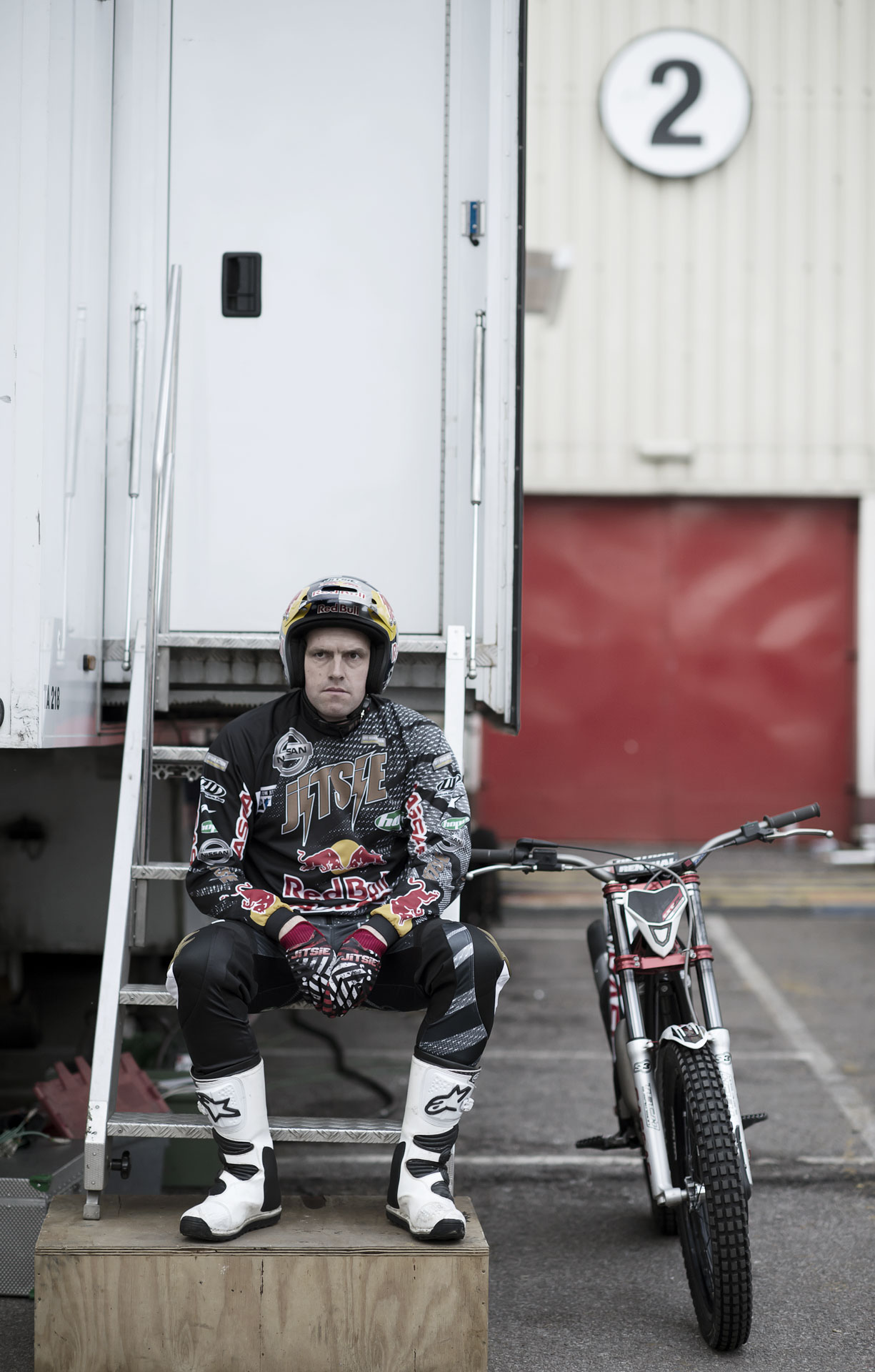 Waiting for the race to start 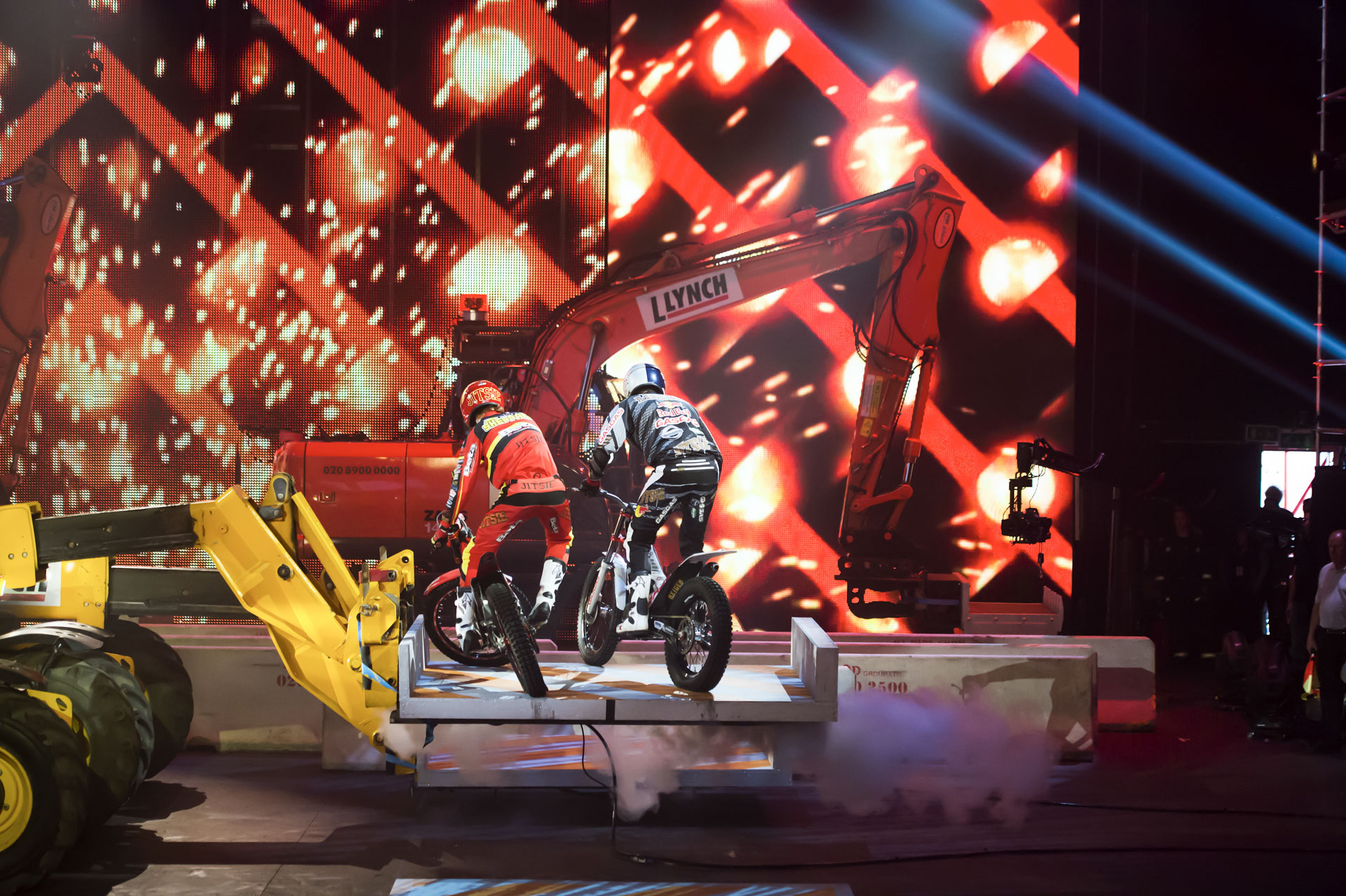 The race is on.. well, pretend race! 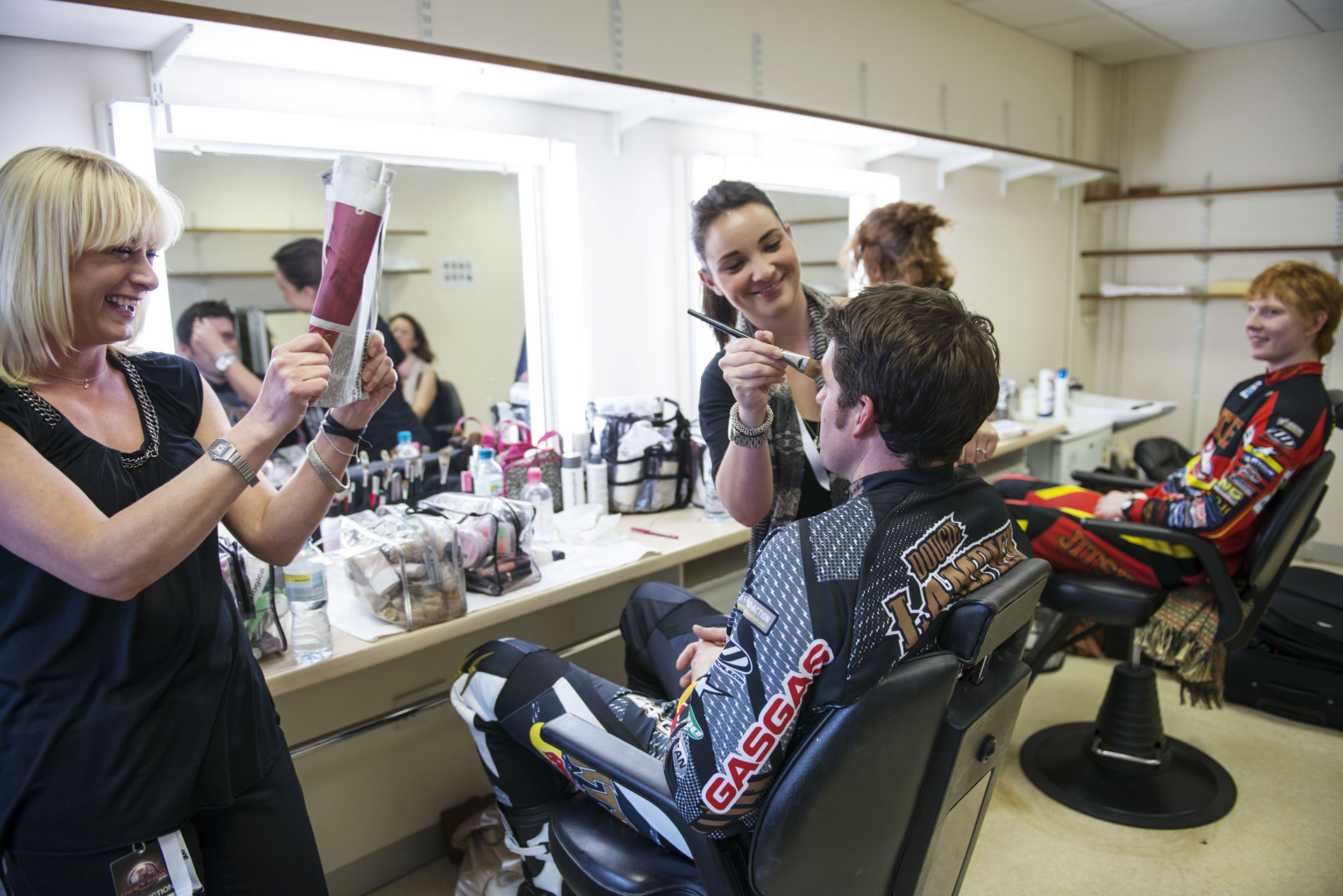 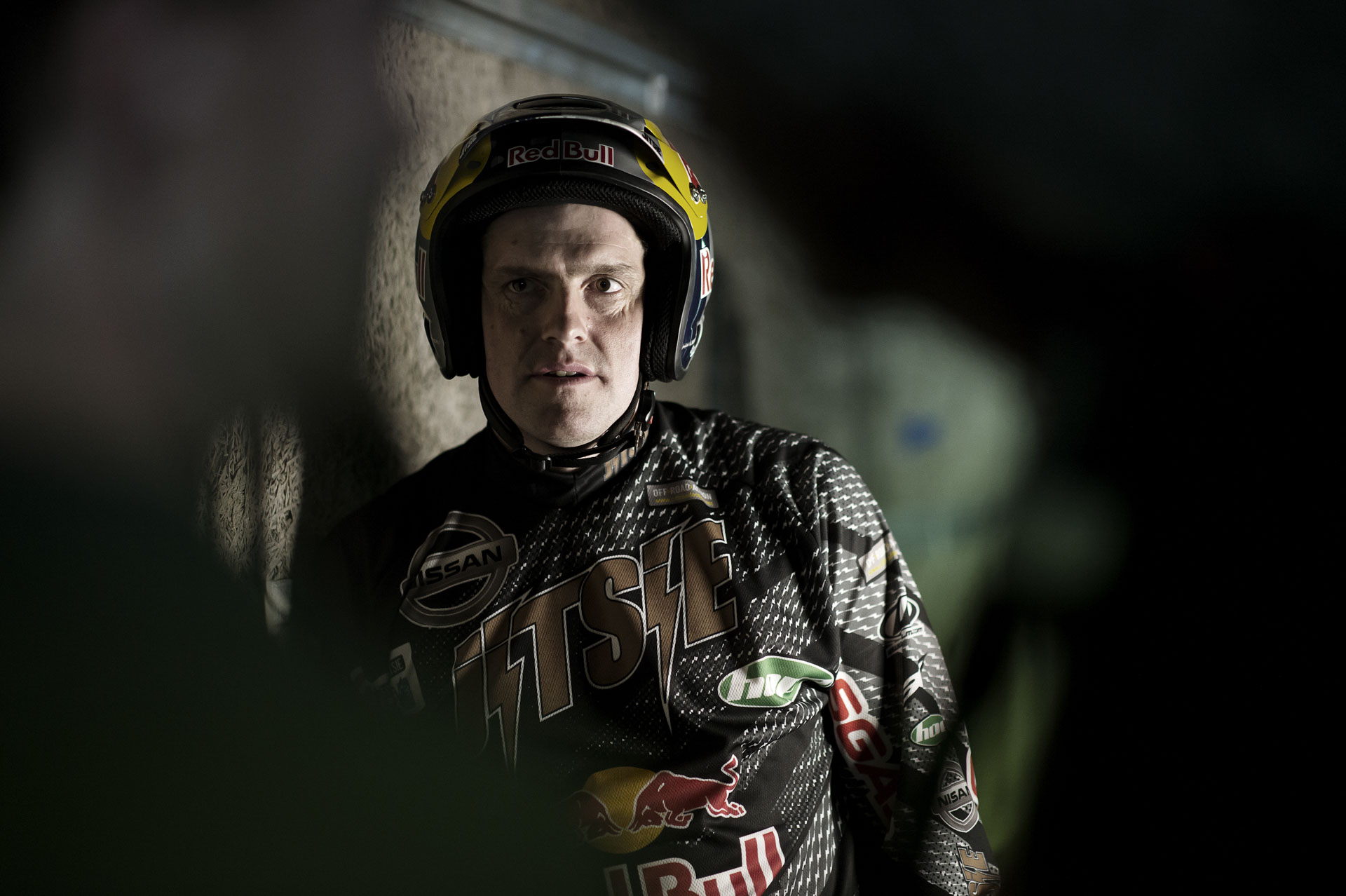 Always time for a moody portrait… 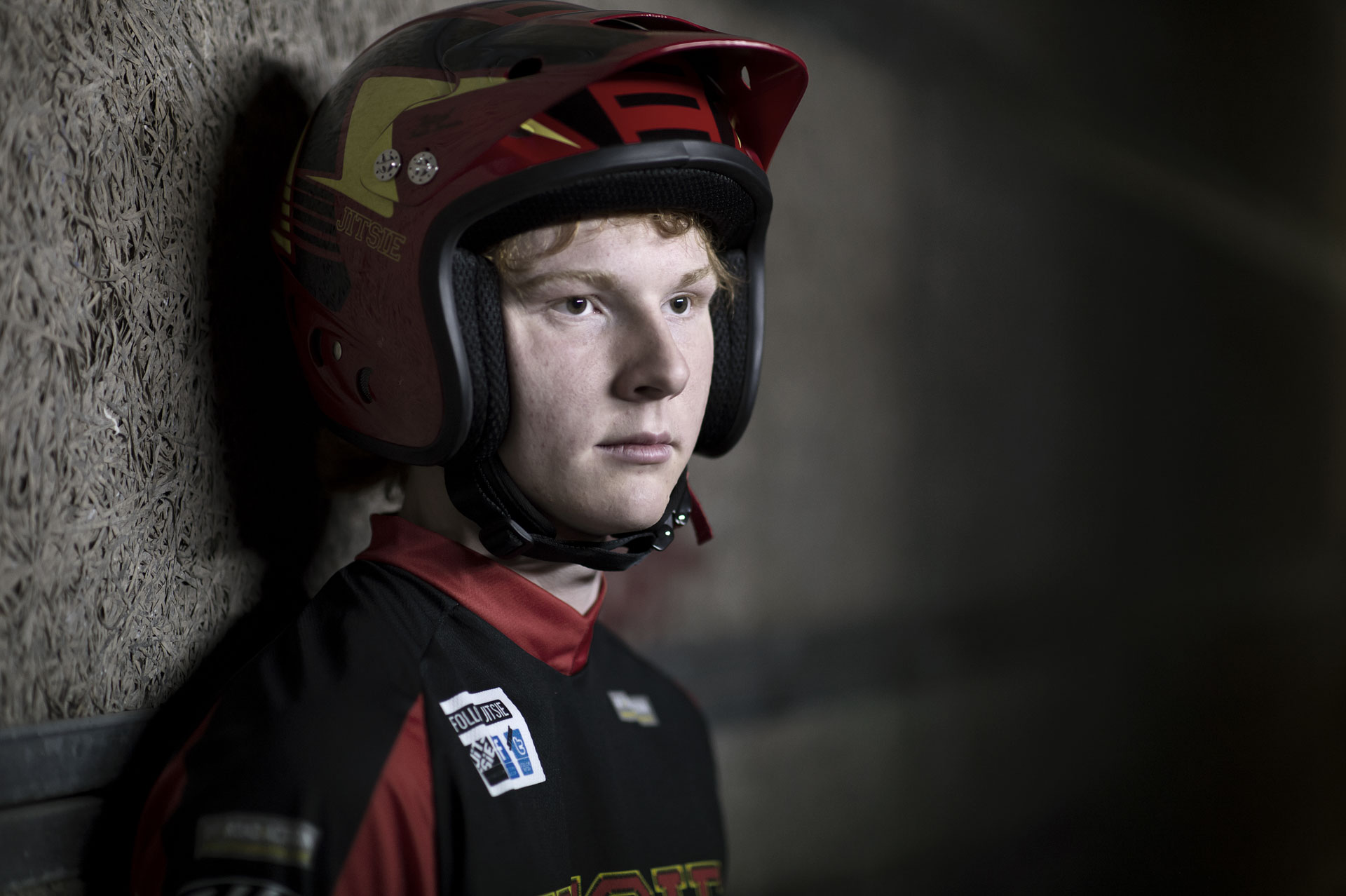 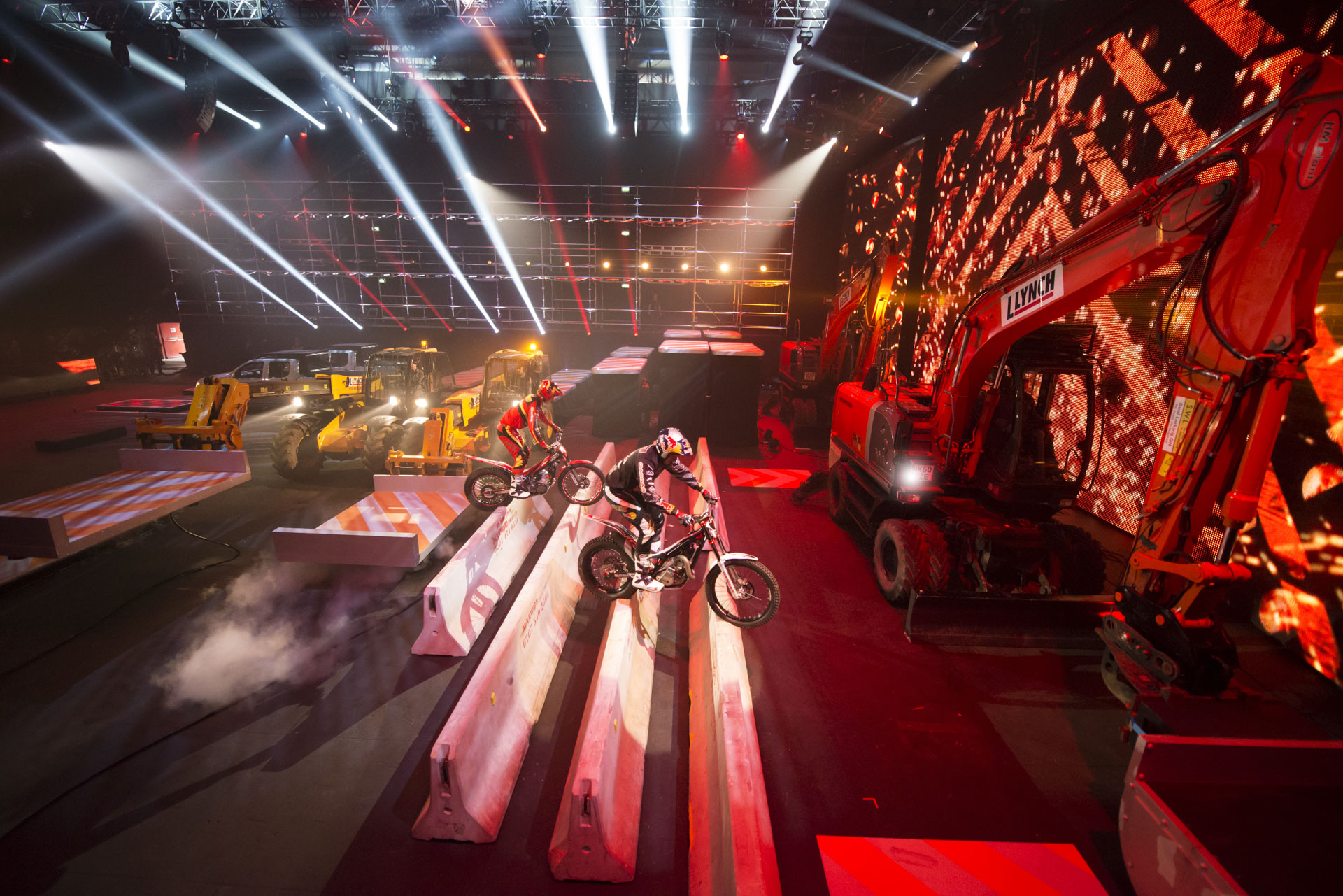 Everything but the crowd. And Ant and Dec!